India:  Big New Market With EV Commitment For Tesla to Sell Into 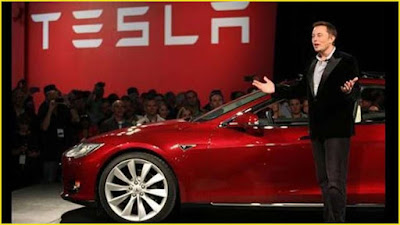 Tesla CEO Elon Musk says he will expand Tesla operations into India in 2021;  Responding to a Tweet asking when he will start selling Tesla electric vehicles in India, Musk tweeted "Next year, for sure."  The move should be strategically smart for Tesla, despite the fact that Covid at the moment has infected 6 million people there.  It would come at a time when Prime Minister Narendra Modi is focused on promoting the use and manufacture of electric vehicles in India.

The government of India is doing a hard push for electric powered vehicles. By 2030, the government wants at least 30% of all vehicles on its roads electric.  In New Delhi, it will have 2,000 electric public transit buses in operation by the end of 2021.  And the state of Delhi it is looking into setting up electric charging stations at all gas stations there.

More Expansion for the Global Leader in Electric Vehicles

Tesla is by far the global leader in EV sales.  The market in India looks very promising for Tesla, which recently opened a gigafactory in China to produce EVs for the world's largest auto market.  During his recent Battery Day, Musk announced plans to produce a $25,000 EV by 2023.  That is a great fit for the average consumer anyplace in the world, including India.