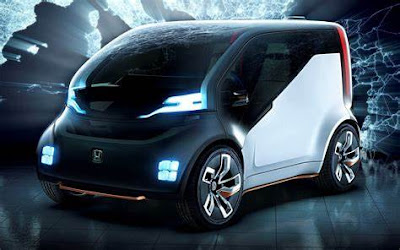 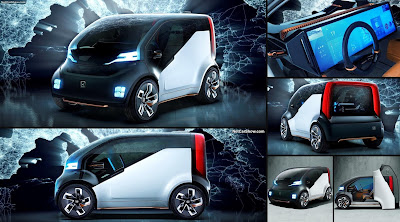 A Car Designed to Make Money For The Owner

Knowing that 96% of the time, privately owned vehicles sit idle, Honda has created a concept car that enables the owner to monetize the vehicle.  The car is called the NeuV or New Electric Urban Vehicle.  NewV can make money for the owner in two ways.  It can function as an automated ride-sharing service, ferrying passengers locally when the owner isn't using the car.  The vehicle can also be used to sell energy to the grid when it is not in use.  Honda says it specifically designed the vehicle to make money for the owner during its downtime periods.  That is a first for a consumer market car.

Comes With an AI Assistant

NeuV is also distinctive in that it comes with an unique AI assistant and an "emotion engine", which is cutting edge technology being developed by Honda and SoftBank.  The emotion engine is called HANA (Honda Automated Network Assistant).  HANA determines the driver's mood and emotional state based on their driving.  It makes music recommendations based on the driver's mood and also provides other support for the owner's daily driving routine.

Electric Skateboard On Board Too

NeuV is all electric, has two seats, a full touch panel interface, a massive windshield for maximum forward visibility and an electric skateboard for "last mile" transit.  It is a very unique concept car that Honda has under development.  Honda isn't saying yet if it will put it into mass production sometime in the future..