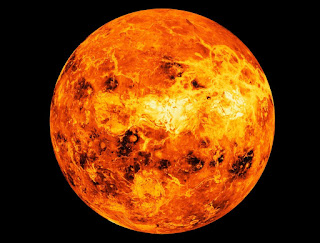 NASA will launch two new missions to Venus between 2028 and 2030.  These missions of discovery will be the first explorations of Venus in thirty years.  NASA Administration Bill Nelson says the purpose is to provide new understanding of how Earth evolved, why it is habitable and why other planets in our solar system are not.  Nelson added that planetary science is critical to answering key questions like "Are we alone?"

The two selected mission concepts are called DAVINCI+ and VERITAS.  Each will be given $500 million for development funding. DAVINCI+ will measure the composition of Venus' atmosphere to learn how the planet formed, evolved and if it ever contained an ocean.  DAVINCI+ stands for Deep Atmosphere Venus Investigation of Noble gases, Chemistry and Imaging.  The measurement of gases and other elements in the atmosphere around Venus will be compared to the Earth's atmosphere.

VERITAS will examine Venus' geological history by mapping its surface and comparing developmental differences with the Earth.  VERITAS stands for Venus Emissivity, Radio Science, InSAR, Topography and Spectroscopy.   NASA says these two missions could revolutionize the understanding of planet formation in our solar system.  It may also serve as a technological platform to explore exoplanets.

Venus is the Earth's closest planetary neighbor and is similar in size to the Earth.  It is known as the "Inferno Planet".  NASA describes it as "hot, hellish and unforgiving" with a sweltering surface and a toxic atmosphere.  Not an easy world to push forward the frontiers of scientific knowledge about the formation of planets.