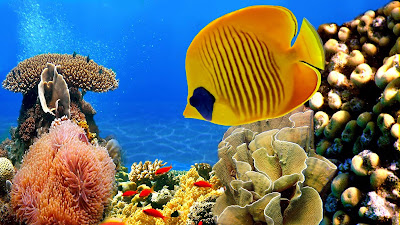 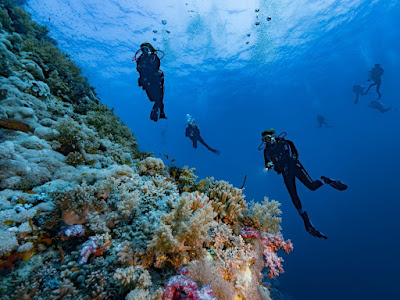 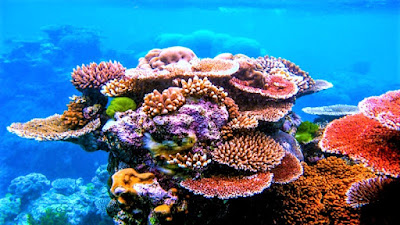 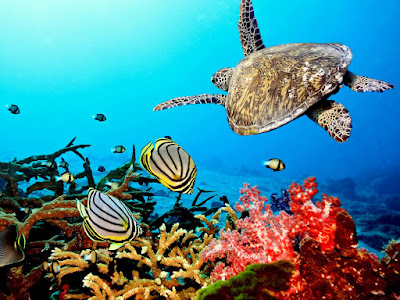 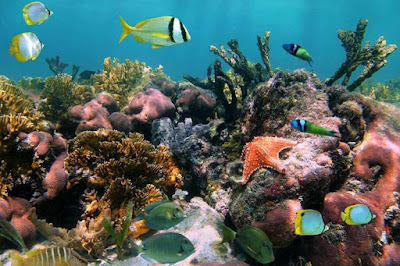 A shocking milestone has been set in the unrelenting damage caused by Climate Change.  A UN supported global network has found that 14% of the world's coral reefs have been totally destroyed by the warming of the oceans. The study adds that a continuation of the warming will extend and accelerate the destruction.  The group that carried out what is being called "the world's biggest report on the health of coral" is GCRMN or the Global Coral Reefs Monitoring Network. They say the bleaching of the reefs by the warm ocean waters is unprecedented and largely irreversible.  In less than a decade, 11,700 kilometers of coral have been wiped out.  That is 2.5 times the size of the Grand Canyon National Park.  It is an environmental disaster.

Coral reefs are not only one of the most beautiful parts of the ocean.  They are a vital component of the marine ecosystem.  They serve as home to 8,000 species of fish, contain 25% of marine diversity and serve as a line of protection to the coastline by buffering the force of waves.  Reefs hardest hit by the warming oceans include those in the waters off South Asia, Australia and in the Pacific and Indian Oceans.  Scientists say this will continue unless the world prioritizes reducing greenhouse gas emissions in an urgent fashion.

There are ongoing attempts to restore the reefs. Coral reefs off the nation of Antigua and Barbuda have experienced severe damage in recent years.  A project called Ocean-Shot off the Caribbean coast of Barbuda is experimenting with new technology that mimics the attributes of natural reefs to develop a new environment for the coral to grow.  There is also ongoing scientific investigation into why some forms of coral seem more resistant to the damaging warming ocean waters and withstand the warming waters a bit longer.

Meanwhile, today, scientists from Japan and Germany have been awarded the Nobel Prize in Physics for their pioneering work on Climate Change.  The two scientists are 90 year old Syukuro Manabe of Japan and 89 year old Klaus Hasselmann of Germany.  The Nobel Committee cited their work in "the physical modeling of Earth's climate, quantifying variability and reliably predicting global warming". The Committee added that they "laid the foundation of our knowledge of the Earth's climate and how humanity influences it."  Given the new data just released on the ocean's reefs, it is high time for humanity to cut greenhouse gas emissions.