Showing posts with the label #1 of fastest supercars
Show all 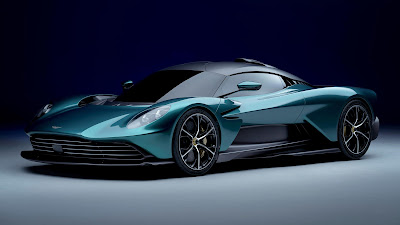 Valhalla Plug-In Hybrid Electric Aston Martin                                             Source:  Aston Martin New Kind of Supercar Immersive Experience Legendary British automaker Aston Martin will release in 2023 a spectacular new kind of immersive supercar, that the company says is driver centric.  It is called Valhalla, which is the majestic Viking/Norsemen Hall of the Gods where slain warriors find their final resting place.  Aston Martin's Valhalla is far from moribund. It's a vital, majestic, plug-in hybrid electric vehicle (PHEV) that is inspired by Formula 1 race cars and has the luxurious interior of a hot sports car.  This new hybrid powertrain vehicle is a first for Aston Martin and marks the beginning of a new automotive journey for the luxury carmaker which was secret agent 007 James Bond's favorite way to drive. Tech Specs The vehicle is among the fastest supercars ever created. Top speed is 217 mph, and it can accelerate from 0 to 62 mph in 2.5 seconds.
Post a Comment
Read more
More posts