Showing posts with the label #3 week test
Show all 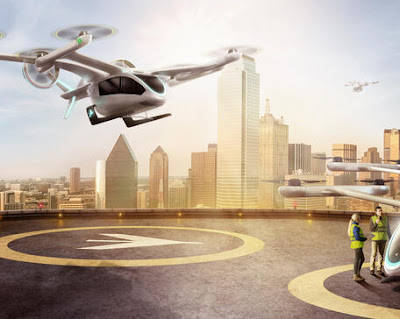 3 Weeks of  eVTOL Testing Are About to Begin                                   Source: Eve and Heliport Chicago Chicago's Vertiport and Embraer's Eve eVTOLS Are Center Stage Here's some very exciting news concerning the future of air taxi travel that is getting a lot closer.   Chicago is leading the way to the future of travel by air taxi eVTOLs, or electric vertical takeoff and landing vehicles.  Brazilian-based aviation leader Embraer and its Eve eVTOL division will perform their first, flying taxi simulations in North America starting on September 12th and lasting for three weeks in the Windy City.  For the simulation of routes, operations, etc., Eve will use traditional helicopters that will give a real-world sense of what it would be like in a big city like Chicago with flying taxi eVTOLs operating as a commuting choice.  Vertiport Chicago, which is a ten-acre facility for helicopters, will be a takeoff and landing point for the simulations and wants to have a major
Post a Comment
Read more
More posts