Showing posts with the label #Anniversary
Show all 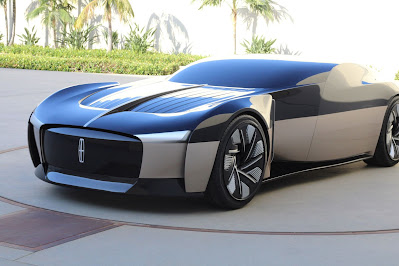 Lincoln's Stunning, Sleek Anniversary Concept Car Source:  Lincoln Design by Students At Pasadena's Art Center College of Design This is a spectacular success story for a team of students at Pasadena's Art Center College of Design  Their virtual concept car for Lincoln, The Anniversary, so impressed Ford CEO Jim Farley and Lincoln Design Chief Kemal Curic that it has been built and presented at the Monterey Car Week.  The design concept apparently just blew away top Ford and Lincoln executives with its exquisite beauty, integrity and storyline message. A Futuristic Car With a Message From the Driver's Past The car is futuristic, sleek, electric, a 4 seater and packs a lot of nostalgia into it.  There is a storyline incorporated into the vehicle that showcases on the car's displays.  The Anniversary concept talks about a couple celebrating their 30th anniversary with a drive to their favorite places from 30 years ago.  The displays play music and images evocative o
Post a Comment
Read more
More posts