Showing posts with the label #Apple. #iCar
Show all

Get Ready For the Apple iCar 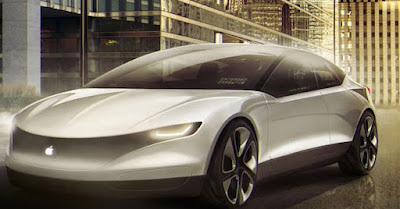 Apple EV to Launch 2025                                             Source:  Artist Renderings Expectations Rising About Apple's Autonomous EV Apple's share price rose 3% yesterday November 18, 2021 to a record high on numerous news reports that it will launch an autonomous electric vehicle in 2025.  The iPhone maker appears to be accelerating the development of its autonomous EV, the so-called iCar.  The codename for the EV is Project Titan and development of the Apple car has been underway since 2014.  An Apple software executive Kevin Lynch recently was put in charge of the project.  He apparently convinced CEO Tim Cook to create an autonomous EV.  Apple is the world's most valuable company and it is now hitting milestones and closing in on critical mass to roll-out the Apple car. Technology Breakthroughs Experts say that Apple has achieved big progress on sensors and chip design for autonomous driving as well as the core processor that will power the vehicle.  Apple i
Post a Comment
Read more
More posts