Showing posts with the label #Bombarier
Show all 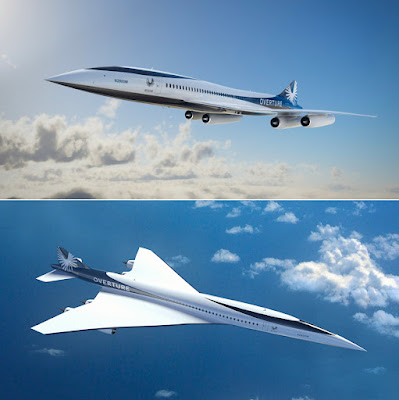 Boom's Supersonic Aircraft Overture Unveiled                                                  Source:  Boom Something New & Incredibly Fast in the Sky Colorado-based Boom Supersonic may be the first aviation company to bring back super-fast, supersonic flying that ended twenty years ago with the demise of the Concorde.  At the very recent 2022 Farnborough International Air Show in the UK, Boom unveiled its latest design for its ultra-sleek SST, the Overture.  The vehicle will go into service in 2029 and fly at twice the speed of today's commercial aircraft.  It will reach speeds of Mach 1.7 or 1,100 mph over the water and have the capacity to cut passenger travel time in half. More than 600 routes around the world are planned by Boom.  The likely cost of a roundtrip seat will be 75% less than the Concorde's $12,000 average or $3,000.  Boom believes that within the next decade, SSTs will be the first choice in air travel.  Bottomline: you can get to your destination in
Post a Comment
Read more
More posts