Showing posts with the label #E-Ray
Show all

Corvette Is Developing its 1st Hybrid 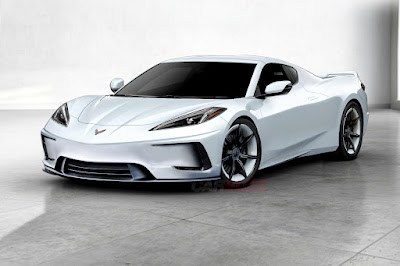 Powerful Vehicle But With Less Emissions Source:  GM & Corvette E-Ray Expected to Debut in 2023 GM's iconic sports car, the Corvette, is about to roll out its first, electrified model.  GM is working on a plug-in hybrid version of the C8 Vette called the E-Ray.  The next-G Vette has a radical design shift with a mid-engine layout.  Automotive reports indicate the hybrid powertrain will generate a powerful punch of 650 horsepower.  The EV is expected to debut in 2023. Tech Specs & More Firsts The new Vette pairs a 6.2 liter LT2 V-8 engine with an e-booster electric motor on the front axle.  The e-Ray won't produce any emissions until it is travelling over 35 mph.  For the first time in Corvette's history, the vehicle will have four-wheel drive.  Automotive experts say that the ability to send power to both axles should improve the car's performance even further.  Interestingly, GM is making no comment about this greatly anticipated new vehicle.
Post a Comment
Read more
More posts