Showing posts with the label #Europe innovation
Show all 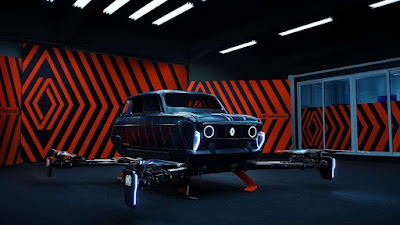 Air4                                                   Source: Renault Renault Celebrates 60th Anniversary of the 4 French automaker Renault has converted its highly successful 60-year-old hatchback model car, the 4, into a flying car to celebrate its 60th anniversary.  They call it the Renault Air4.  Renault has been working with the design firm The Arsenal to build an operational prototype of Air4 that demonstrates what the flying hatchback will look like in six decades.  At the moment it's a carbon fiber concept that has been successfully flown.  The 4 has been an automotive fixture and success story in Europe for decades. Tech Specs The flying car is comprised of two components. The first component is the car body, which reflects the legendary, 4 hatchback design and style. It has one seat, a minimalist cabin and bright lights in the front and back of the car for visibility in the air.  The second component is the powertrain, with four, twin blade propellers that lift the Air
Post a Comment
Read more 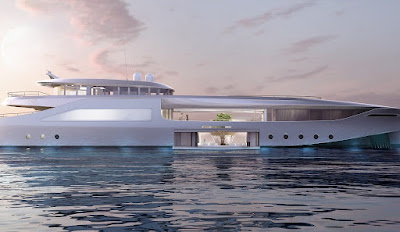 From Barcelona, the Naboo - Sustainable Luxury                                   Source:  Naboo by Hidden Portside 164 Foot Yacht with a 3-Story Vertical Garden Barcelona based design studio Hidden Portside has created a magnificent, sustainable, zero emissions, electric, 164 foot, electric superyacht concept.  It is called Naboo and combines a sleek and elegant futuristic design with electric propulsion and eco-friendly furnishings.  And uniquely the yacht has a 3 story vertical garden that beautifully connects its 3 decks.  Hidden Port calls the Naboo "sustainable luxury....relying on the innovations of the future." Inspired by Star Wars Naboo the superyacht is inspired by Star Wars' fictional planet Naboo that is filled with lush greenery.  The yacht contains a beautiful, sumptuous array of various greenery. Hidden Portside used what they call a "ring concept" to create a more rounded sense of flow onboard the yacht rather straight linear lines. The yacht i
Post a Comment
Read more
More posts