Showing posts with the label #GR GT3
Show all 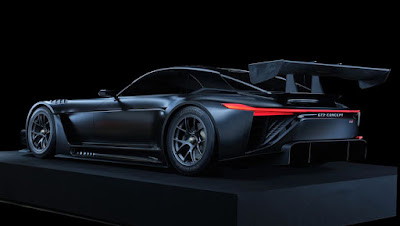 The GR GT3 Sports Car Is in Production                                   Source: Toyota Concept & Patent Images New Performance Sports Car For Track and Road Japanese automotive giant Toyota has just confirmed that it has a gorgeous new sportscar under development.  It is called the GR GT3 and it is stunning.  The company is building a production prototype of the concept that it unveiled to rave reviews at the 2022 Tokyo Auto Salon. Toyota has secured two patents - one for the vehicle itself and the other for the unusual headlights - with the European Union Intellectual Property Office.  This new vehicle represents the likely direction that Toyota sports cars will take in terms of looks, styling, proportions and design in the future.  What We Know The 2-door grand tourer has a very long front hood and a very sporty, sleek and sculptured body. The design is clearly aerodynamic. According to automotive experts, the differentiating features are the rear wing which will likely be chi
Post a Comment
Read more
More posts