Showing posts with the label #Holoride
Show all 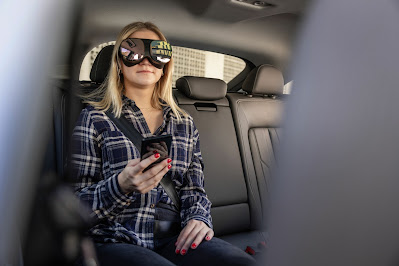 World of Expanding Automotive Infotainment                                                Source: Audi & Holoride For Audi Passengers, New Virtual Reality Experiences The world of automotive infotainment systems just became a lot bigger and more exciting.  Audi is introducing virtual reality technology into many of its top models starting summer 2022.  The VR in-vehicle technology has been developed by Munich-based Holoride, which Audi helped to found. What differentiates this new VR tech is that it merges VR content with the car's driving movements in real-time, for passengers wearing VR glasses in the back of the car.  Audi is the first global automotive company to bring VR entertainment from Holoride into the series production of many of its key vehicle models.  For passengers, it promises to be a brand new, immersive and entertaining driving experience, taking the boredom out of travelling from point A to point B.   What Does Audi Need to Install? The new technology that
Post a Comment
Read more
More posts