Showing posts with the label #India designer
Show all 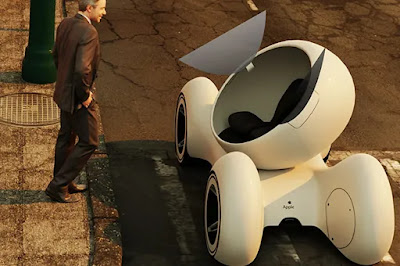 Autonomous, Electric, Egg-Like Pod                                      Source:  Designer DeVange Borah What If Apple Went With the Apple Pod? Apple's autonomous, electric car - called Project Titan - remains a mystery.  Since Apple began its quest in 2014 to design and launch a car, the company has kept most details under wraps.  There are no official Apple releases or even hints from Apple of what it might look like.  Designers globally are using their creativity and information about what Apple is targeting to create likely designs.  India-based mechanical engineer and designer DeVange Borah has created a 2-seat Apple Pod that has 360-degree maneuverability.  The design is catching global attention. What if Apple went with the Apple Pod? It would certainly be among the unique, epic rides of all time.  The vehicle resembles an egg on four wheels. Apple Pod Like Apple's targets for its forthcoming car, the Apple Pod is autonomous, electric, futuristic and eye-catching.  The
Post a Comment
Read more
More posts