Showing posts with the label #Tianjin
Show all 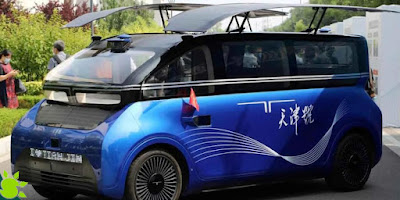 SEV With Dozens of Innovative Technologies                                                       Source:  Tianjin Tianjin Is Solely Powered by the Sun China just unveiled its first, fully solar powered car.  The vehicle, called Tianjin, was developed by a group of 42 companies and 3 universities.  The solar electric vehicle (SEV) is said to encompass 47 new technological innovations, including Level 4-plus autonomous driving.  It has been tested up to a range of 47 miles on a charge.  It is totally powered by the Sun.  Tianjin was unveiled at the 6th annual World Intelligence Conference in China.  The SEV is expected to be used for transit in urban environments. Tech Specs & Other Details The solar panel system on this SEV is 8.1 sq. meters.  That's much larger than that of the New Lightyear 0 SEV with 5 meters of solar panels.  Some key facts about Tianjin: Seats a driver and 3 passengers Maximum daily power generation from the Sun is 7.6 kWH on sunny days Battery pack with
Post a Comment
Read more 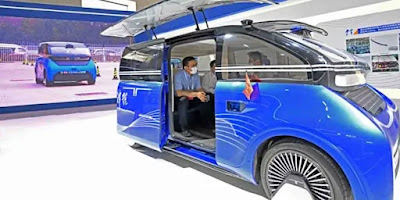