Showing posts with the label #electricsportscar
Show all 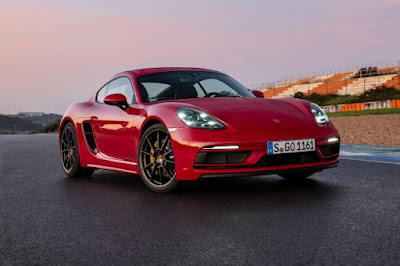 Defining the Future of Sports Cars - Porsche 718E                                                  Source:  Porsche Porsche's Growing Electric Lineup Porsche just announced that it will launch the Porsche 718E, all-electric sports car in 2025. The e-sports car will be available in Germany in late 2023. It will be sold exclusively as an electric vehicle.  In fact, the next generation of the 718 Boxster/Cayman will be electric only.  Porsche is a wholly owned subsidiary of VW.  And the 718E will be Porsche's first car produced on the VW PPE (Premium Platform Electric) that is being developed with Audi.  Porsche says that it is developing the 718E and its core electric technologies to "shape the future of sports cars" that are totally electric powered with zero emissions to the environment but operate with the power and fun of a regular sports car. Porsche's Electric Future Porsche's electric-carbon neutral plans are ambitious.  Porsche is working to have its e
Post a Comment
Read more
More posts