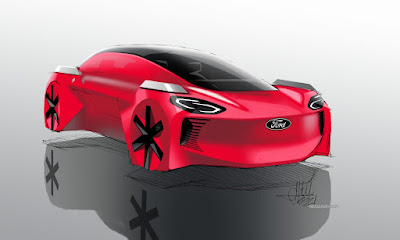 Ford's Car of 2030 - Red, Electric & Flies Source:  Ford Car of 2030 Surveys Offer New Insights into the Future of Driving Ford has surveyed more than 500 girls and boys to learn what the kids believe their car of the future should look like and be capable of in 2030 when they start driving.  The survey's findings have resulted in these artist renderings by Ford's top designer Nedzad Mujcinovic of the Car of the Future 2030.  As you can see from the images, the young people want a car for themselves that is red, totally electric, safe, fun, comfortable and is capable of flying. Safe, Electric and Autonomous The kids surveyed are 8 and 9 year olds, who expect to learn to drive in 2030.  They have a very definitive, collective point of view.  They want the car's power source to be totally electric with zero emissions.  They put a very high priority on their car of the future being good for the environment.   The kids also want the car to have very high levels of saf
1 comment
Read more
More posts