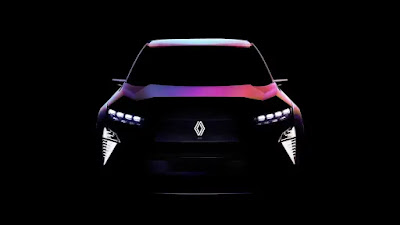 Revolutionay Car: Combustion Engine Fueled by Hydrogen                                  Source: Renault Car Teaser & H-Van The Future of Zero Emissions Driving French automaker Renault is about to unveil the world's first hydrogen powered car that appears ready to go into production.  The technology in this vehicle is revolutionary.  It has an internal combustion engine that is powered by hydrogen instead of gasoline.  The company just released a teaser image of the new h-car.  It shows a new Renault logo on the side window, a slim front grill and an interesting headlight line and configuration.  It appears to be a tall vehicle with a rather low bumper line.  Some automotive experts believe that it is a hydrogen powered SUV.  According to Renault, the hydrogen car represents Renault's "sustainable development vision and commitments".  Within the past several months, Renault has displayed its commitment to hydrogen vehicles by unveiling its Hyvia series of three
Post a Comment
Read more
More posts