Showing posts with the label #hypersonic passenger plane
Show all 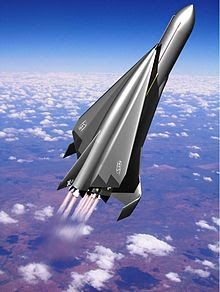 Flying at 25 Times the Speed of Sound                                                       Source:  DLR Germany's Hypersonic Spaceliner  The German Aerospace Research Institute and DLR, Germany's Research Center for Space & Aeronautics, are developing an incredibly fast, hypersonic commercial aircraft concept called Spaceliner.  The vehicle will fly at the edge of the Earth's atmosphere, where space, begins at speeds of 25 Mach or 18,527 mph. It would be capable of getting 50 passengers and a 2 person crew from London to Australia in 90 minutes.   Highly Advanced Hypersonic Technology. Spaceliner is a long range project with the goal of flying passengers by 2040.  The hypersonic aircraft is launched on a rocket.  A second orbiter releases from the rocket booster stage to carry passengers around the world.  The concept is similar to but far more advanced than that of the space shuttle.  Virgin Galactic has a similar approach with its space tourism spaceplane, but with
Post a Comment
Read more
More posts