Showing posts with the label #hypersonic speeds
Show all

Hypersonic Air Force One For US Presidents 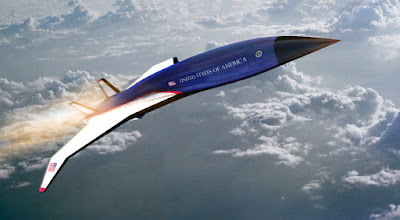 Air Force One at Mach 5                                      Source:  Hermeus Hypersonic Jet Flying 5 Times The Speed of Sound Atlanta, Georgia based Hermeus Corporation is developing a hypersonic Mach 5 passenger jet.  The jet will be capable of flying from New York City to London in 90 minutes.  Hermeus has established a partnership with the US Air Force and with the Presidential and Executive Airlift Directorate (PE) to develop the 20 passenger vehicle for the President of the United States and his executive staff as a hypersonic Air Force One. NASA Onboard Very recently, NASA joined with Hermeus, the USAF and PE in a concerted effort to develop the jet.  Hermeus has successfully tested a prototype engine capable of powering an aircraft to travel at five times the speed of sound.  Another US company, Exosonic of California, is simultaneously partnering with the USAF and PE to develop a supersonic jet capable of speeds of 1.8 Mach to carry the US President to destinations around th
Post a Comment
Read more
More posts