Showing posts with the label #multitasker
Show all 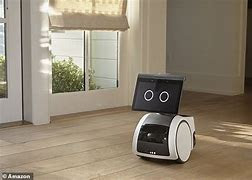 Robots That Are More Intelligent, Capable & Likeable                                            Source:  Amazon Amazon's Astro Over the next few years, we should expect a whole new, next-generation of more intelligent, congenial and capable robots for help in our houses and lives.  These new robotic assistants for humans are being developed in research labs, startups and at some of the biggest technology companies in the world including Samsung and Amazon. A great example of the Next-G of robots is Amazon's Astro. Astro For Your Home Astro was just introduced to the global market.  The $1,000 plus robot can move small objects on command from room to room to a designated recipient on the same floor, while simultaneously using its cameras to monitor as it moves around the house for any intruders. Multitasking robots are the future of domestic robots and Astro gives us a look at the new tech. Megatrends in Robotics Robots are now going from single task functionality like vac
Post a Comment
Read more
More posts