Showing posts with the label #nextG fighter jets
Show all

Next US Military Fighter Jet Tech 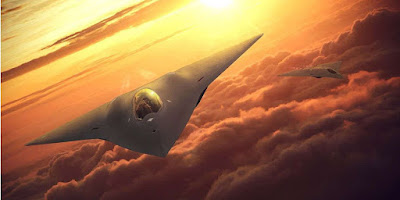 Sixth Generation Fighter Jets                          Source:  Lockheed Martin Fighter Jet Concept What Technologies and Innovations Will They Contain? Russia and China power plays against their neighbors are driving escalating spending on the next generation - generation 6 - of fighter jets by major powers around the world. The US, UK, Germany, Japan and France are all working on the development of sixth generation fighter jets that will likely go into service by the mid-2030's.  What innovations and new technologies will define them, including for the US Air Force's secret new fighter jet?  Engineers from Raytheon's Intelligence and Space group, in a recent webinar, offered some expert perspectives. Autonomous and Loaded with Artificial Intelligence The Raytheon engineers believe the aircraft will have self-landing systems to autonomously land on aircraft carriers and elsewhere in challenging conditions.  They also will be equipped with a single large transmitter that
Post a Comment
Read more
More posts