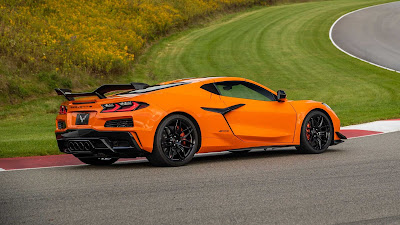 Reinvention of the Iconic Brand                                                  Source:  Corvette Hard Core Track Ready Vette With the 2023 Chevy Corvette Z06, Chevrolet has reinvented the iconic sports car into a track-ready supercar.  Chevy's primary goal with the new Vette is to redesign and redefine it into the rarified league of genuine supercars like the Lamborghini and Ferrari.  Chevy has infused the power and the fury of a hard-core track-ready supercar into the Vette with a new LT6 5.5-liter naturally aspirated V8 engine, along with a Tremec sourced, 8-speed dual clutch gearbox that pushes the power to the rear wheels for quick takeoff and blistering speeds.  The Z06 can hit speeds of 198 mph and accelerate from 0 to 60 mph in 2.6 seconds...all of which places it well into supercar territory. Mid-Engine Supercar In the past, Corvettes have had an engine placed in the front of the vehicle.  The new Corvette Z06 has a mid-engine setup like other supercars.  It sports a ne
Post a Comment
Read more
More posts