Showing posts with the label #regional commuting
Show all 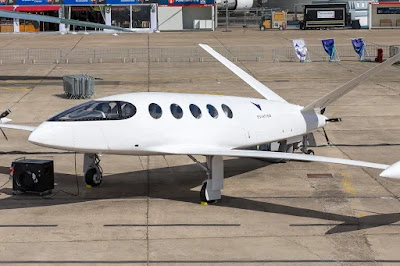 Stunning, Electric Jet Going into Test Flights                                             Source:  Eviation's Alice Alice Invented & Developed by Israel's Eviation Alice is the world's first all-electric regional commuter aircraft, designed to make flying sustainable, affordable and quiet. Israel based Eviation, with US offices in Washington, is preparing to start a series of test flights on this very innovative, electric, luxury jet.  The e-plane can carry 9 passengers and a 2 person crew.  It has a range of 506 miles on a single charge on its huge 820 kWh battery pack.  Alice runs on three electric engines that power three variable pitch electric props in a push formation.  The electric engines and props are on the two wing tips and also on the tail of the plane, which is in a V formation.  The configuration is designed to accelerate air around the body of the plane to provide it extra lift. A Plane Named Alice Alice is no ordinary piece of new aviation technology.
Post a Comment
Read more
More posts