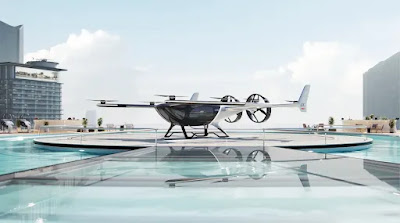 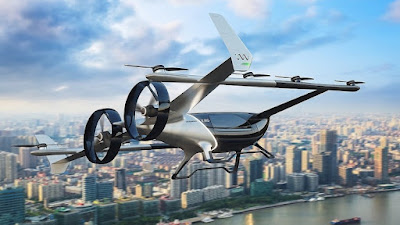 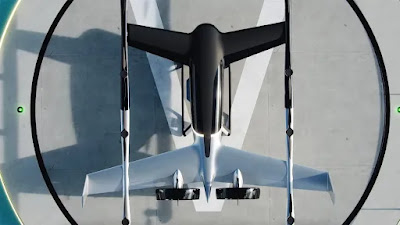 Volkswagen Group has accelerated its plans for an autonomous, pilotless flying taxi that can carry four passengers for shuttle rides between big cities.  The name of the eVTOL (electric, vertical takeoff and landing) vehicle is the Flying Tiger.  VW just provided an update that it is significantly accelerating R&D and software development for the flying taxi.  At Volkswagen Group China headquarters in Beijing, where the eVTOL is being developed, VW officially unveiled a prototype of the Flying Tiger.

Specifics That We Know

The Flying Tiger is a totally electric-powered drone with 8 rotors for vertical lift and 2, rear propellers for horizontal flight.  Interestingly, it uses current autonomous driving technologies and battery systems for piloting, power and zero emissions.  It has an unusual X-shaped wing that spans 34.7 feet.  The actual aircraft measures nearly 37 feet by 35 feet.  It will be undergoing flight testing later this year.  And an upgraded prototype will undergo more rigorous flight testing in the summer of 2023.  VW wants the eVTOL to have a range of at least 124 miles on a charge.

VW is working with Chinese aviation authorities to secure the necessary certifications to become operational, which could happen within the next several years. VW wants to first make it operational in China as a shuttle service.  Then, VW says, their goal for the Flying Tiger is to industrialize, globalize and capitalize on their flying taxis in the "fast-evolving new air mobility market".  For more news like this, The Future of Flying