Working Prototype of the Flying Tiger 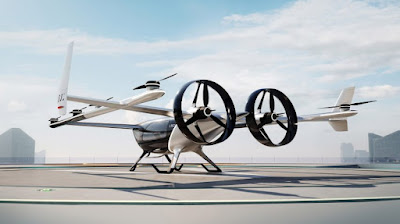 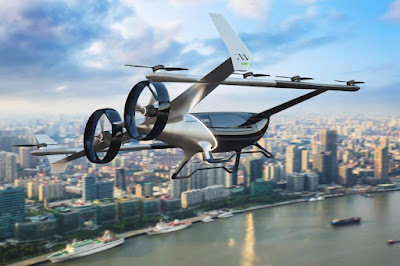 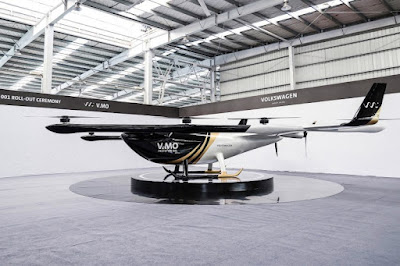 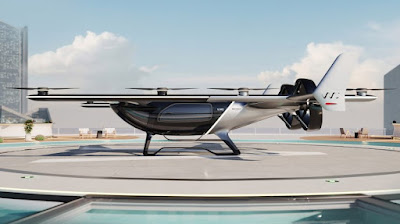 The world's largest auto maker, Volkswagen, has just unveiled its first aircraft design, in the form of a working prototype. Formally called the VMO and nicknamed the Flying Tiger, it's a state-of-the-art passenger drone prototype, designed to serve as a flying taxi to shuttle a maximum of four passengers at a time between big cities, first in China. The Flying Tiger is all electric and totally autonomous.  It's being developed by engineers, scientists and roboticists at VW China in Beijing.  VW believes that we are headed towards a world where everyone is a pilot, with or without a pilot's license.  That's the perfect fit for the self-flying drone, Flying Tiger.

The vehicle is a state-of-the-art drone, powered by 8 rotors for vertical lift and mobility and 2 rear propellers for forward movement. It is an eVTOL (electric, vertical takeoff and landing vehicle) and will be able to fly 60 minutes on a charge at speeds up to 124 miles per hour.  VW China says that with the Flying Tiger we will be able to select a destination and the vehicle's systems "will take care of guidance and get us there safely".  Clearly automation, autonomous technologies and remote control are the keys.  The Flying Tiger will be undergoing testing this year.  In 2023, VW will unveil a more advanced prototype. VW has not specified a targeted date to begin operations. For more news stories like this, The Future of Flying