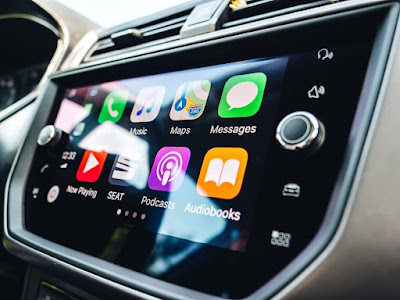 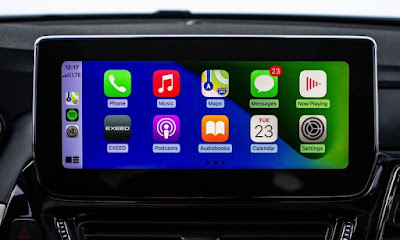 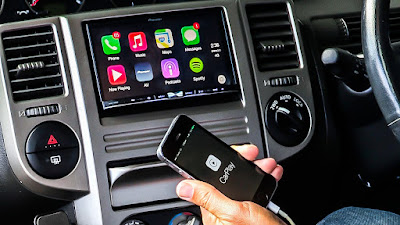 Your Car is Software on Wheels

One of the biggest emerging megatrends in the automotive industry is Apple's ubiquitous interface CarPlay that is in 98% of all new cars sold in the US.  In fact, the software interface is a must have for 79% of US consumers buying a new car. They won't buy a car without it.  CarPlay is an industry dominating, multi-billion-dollar piece of business for Apple that is likely to get even bigger with the next generation of CarPlay that Apple recently released.  Some tech analysts believe that CarPlay as a business line is likely to be far bigger than the much-anticipated Apple car.  It's also giving Apple tremendous leverage in negotiating with the automotive industry for new business.

The new CarPlay has incredible integration capabilities.  The interface essentially takes over all of the vehicle's interior displays, including the instrument panel right down to the air-conditioning controls. CarPlay replaces gas and speed gauges with digital versions powered by the driver's iPhone.  Apple says the new system has the capacity to enable the car to navigate to a gas station and then enable the driver to pay for the fill-up from the dashboard. The system is providing Apple with extensive data on how people are using their cars, which is very valuable to Apple in the development of the Apple car. Despite the many competitive advantages for Apple, Apple says 14 major automakers, including Ford, Audi and Mercedes, have signed on for the new CarPlay.

CarPlay is a major money maker for Apple.  It is also a major threat to automakers who are giving up control of fundamental customer experiences in their cars to Apple.  Moving forward, CarPlay, given its acceptance as a "must-have" is likely to be deployed in hundreds of millions of cars.  The big question is how will automakers handle it?  Will they try to find alternative technologies that possibly match that of Apple?  That won't be easy, as the Apple CarPlay essentially turns the car into software on wheels.  Software is a multi-billion segment of the automotive industry that is growing rapidly. CarPlay is giving Apple the ability to sell new features and more services to customers.  By 2030, car software will hit $50 billion in sales.