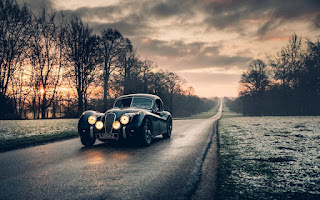 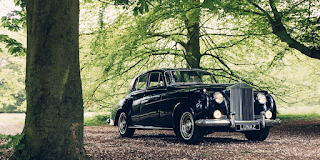 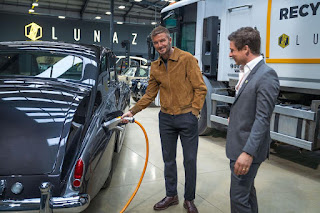 Lunaz, Powered by Investment Money, Is Ready to Accelerate Globally

Former UK soccer star David Beckham has bought a 10% stake in UK based electric car company Lunaz.  He joins Lunaz's founders and the Barclay, Reuben and Dellal families as shareholders.  Lunaz takes an innovative approach to electric cars.  It reengineers, upgrades and electrifies some of the world's most beautiful classic cars, including Rolls Royce, Bentley, Jaguar and Range Rover.  The vehicles are retrofitted with sustainable luxury materials, re-engineered for green, clean electric battery power and digitalized for driving.

The company was founded in 2019 and is headquartered in Silverstone, UK.  The engines are designed, engineered and manufactured under the leadership of three time Formula 1 world champion winner John Hilton. Hilton is an engineer and he has developed an electric power train that can be used on nearly every class and sized vehicle.  The investments by Beckham and others will allow the company to expand to electrifying industrial vehicles and trucks, which is very big business.  They intend to do this on a global basis.

As for Beckham, the former Manchester United captain has a diverse portfolio of investments.  He co-owns Major League Soccer's Inter Miami team, has a stake in Cellular Goods, which makes skincare and athletic recovery products based on biosynthetic cannabinoids.  He also co-owns London based virtual sports academy Guild Esports.  His investment portfolio is tilted toward diverse and highly innovative e-sports and now e-cars.