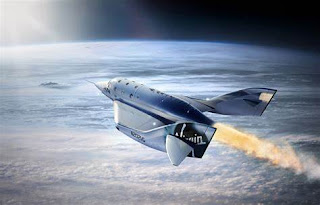 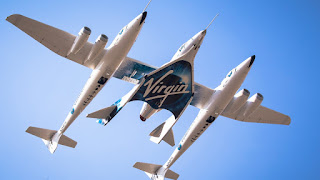 Virgin Galactic, Sir Richard Branson's New Mexico-based space company, will fly scientific researcher Kellie Gerardi to space to test new health care technologies.  Gerardi is a researcher for the International Institute for Astronautical Sciences. She is an expert in bioastronautics. She will serve as payload specialist on a dedicated research flight.  She will perform experiments on wearable health monitoring sensor systems and syringe designs for use in space.  She will also experiment with free floating liquids.  Gerardi has conducted experiments onboard reduced gravity flights at lower altitudes in conjunction with the Canadian Space Agency.

Virgin Galactic successfully tested its mothership VMS Eve and the VMS Unity space plane with two pilots onboard in May 2021.  This successful manned space flight will be followed by more test flights including with the Italian Air Force and NASA scientist Alan Stern.  Virgin Galactic CEO Michael Colglazier said that because the flight will be pilot flown, they can calibrate different flight profiles to meet the needs of the passengers - in this case the needs of scientist Gerardi.  No date has been set for the flight, which could be as early as 2022.  Before that, Sir Richard Branson will fly onboard the spaceship for the official beginning of commercial operations.  For a comprehensive look at the best in futuristic travel vehicles, go to https://read.amazon.com/kp/embed?asin=B095XDNZVD&preview=newtab&linkCode=kpe&ref_=cm_sw_r_kb_dp_VRN1WB8ATFXAQG4D1V9G