Galaxy Fold Sells Out in SK on First Day 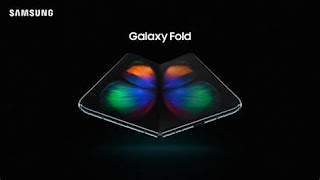 Sells Out in South Korea & Coming to US and Europe
Samsung launched its Galaxy Fold smartphone on Friday in South Korea and it proved to be a sell-out as soon as it went on sale.  The foldable smartphone that folds out into a tablet sold out in one day.  Another round of pre-ordering will start in South Korea on September 18th and it will be launched in the US in upcoming weeks.

A First
This is Samsung's first, foldable smartphone.  It includes 5G mobile connectivity.  It's priced at $2,000.  It will be going on sale in Germany, France and the UK within two weeks.  The US launch follows after that.  The device has been greatly anticipated.  An April launch was delayed by screen defects in samples.

Phone and Tablet
The Galaxy Fold opens into a tablet with a 7.3 inch screen that can display up to three apps simultaneously, if you like to multi-task like I do.  This is part of Samsung's commitment to delivering new innovative, flexible smartphone technology to breakthrough a very competitive smartphone market.
#5G #Galaxy Fold #Samsung #smartphone #South Korea #tablet