A pediatric neurosurgeon has developed a highly engineered helmet that starts to fight sports brain injuries.  Dr. Sam Browd of Washington is the innovator.  He and his engineering team at VICIS have created a multi-layered helmet that mitigates rotational and linear impact force.

The helmet is called Zero 1.  It's a softer, stronger helmet that works like a car bumper.  The outer shell is composed of flexible polymer that cushions the impact.  Zero 1 earned top spot in the NFL's 2018 helmet test for the ability to reduce impact forces that lead to brain injury.  The VICIS team of professional athletes, engineers and neurosurgeons spent 3 years and $20million on R&D to develop the helmet.  They recommend it for professional athletes and student athletes in high school and college.  VICIS plans on developing a smaller, lighter helmet for younger athletes in the near future.  A number of NFL and college teams are expected to deploy it. 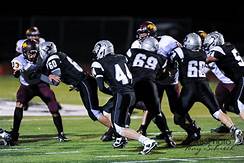 Brain Injury Tolls
The extent of sports related brain injuries has been documented by researchers at Boston University's School of Medicine.  The data was published in the Journal of the American Medical
Association.  The toll is staggering.  CTE, Chronic Traumatic Encephalopathy, was found in 99% of the brains obtained from deceased NFL players;  91% of deceased college football players and 21% of deceased high school football players.

CTE
CTE is a progressive, degenerative brain disease found in people with repeated head trauma.  The BU study is the largest and most rigorous study of CTE to date.  Research has focused on football players.  But athletes in many other sports like soccer, basketball, skiing, boxing and baseball are also vulnerable. 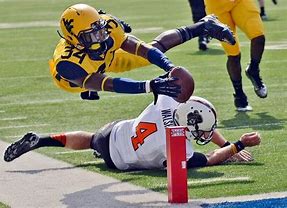