It's an environmental dream come true.  Battery charging highways that wirelessly power electric cars as they drive along.  Imagine the additional mileage that would provide electric vehicles. Imagine 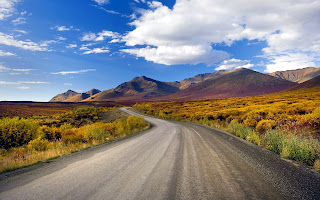 Stanford University has the project on the road.  Researchers are working on a new wireless power system embedded right beneath the surface of the road.  The wirelessly charged roads would power the electric car while it moves along the highway to its destination.  This important concept could result in widespread use of electric cars.

Stanford researchers have produced a wireless charger that does something other wireless chargers don't.  The charger automatically calibrates the radio wave frequency.  That's the medium that transfers the power.  The tuning calibration is in sync with charges in the distance between the charging pad and the car, enabling the power transfer.

The system has been tested in computer simulations and in experiments using a LED light bulb.  The power results were great.  The team found the system transfers power with 100% efficiency up to a 27 inch distance between the road and the vehicle.  That distance spread is perfect for electric cars.  The car's floor is about 8 inches above the road and the chargers are right beneath the surface.

Bright Future with Some Questions

Some experts question if the system will work if the power coil is fixed and the other component, the car, is moving which it would be.  But, if this research further matures and the wirelessly charged road system is deployed, this would be very important innovation.  Wirelessly charged roads would enable dramatic efficiency with accelerating use of electric cars. In turn, widespread use of electric cars would cut carbon emissions globally.