There is no magic bullet to solving global warming. But there are a series of innovations and emerging technologies across industries that individually reduce climate change.  They are the building blocks that together start to provide a solution through innovation to save the planet. We choose to start with Green Transportation - Electric Planes, Electric Cars and NASA's futuristic electric orbiting carpets.  Electric powered vehicles are a big component part of reducing emissions. 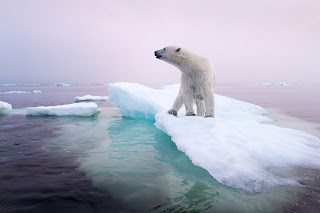 The plight of polar bears and penguins in the warming world of the Arctic and Antarctic frames where Planet Earth is headed.  Clearly, a hot and disastrous collision with Climate Change.  According to the Union of Concerned Scientists, the problem is too much heat-trapping carbon dioxide (CO2), methane and nitrous oxide in the atmosphere.  They warn these emissions need to be cut by at least 80% by 2050 or the environmental results could be deadly. They add, in 2018, they are already proving to be deadly through extreme weather, disease outbreaks and severe environmental stress on animals.

We take-off on this particular Wednesday Series' chapter with Green Transportation.  Specifically, electric powered planes and electric powered cars.  And a futuristic view from NASA of orbiting flying carpets to light the world.  Over the past decade, the transportation sector's emissions have increased at a faster rate than any other energy using sector.  Clearly, non-fossil fuel modes of transportation are of critical importance for development.

How would you like to fly 300 miles at an operational cost of $15 with no carbon emissions? e-Genius, an electric plane developed by University of Stuttgart engineers, in a test flight over the Alps just did that!  e-Genius set 7 world records.  For instance, speeds of 142 mph and climbing 20,000 feet in 2 minutes.

e-Genius is a 2-seater but experts believe by 2035 electric planes will be routinely carrying 100 plus passengers.  The impact of electric planes on climate change will be huge.  They operate on clean, battery powered electric engines with no emissions.  By contrast, current aircraft spew 500 million tons of CO2 into the atmosphere every year.  They are a big contributor to CO2/Climate Change.  And, CO2 in the atmosphere is expected to triple by 2050.

Electric cars wirelessly charged as they drive along "hard wired" roads.  That concept, turned reality, could make electric cars practical for longer distances, much more widespread and substantially cut the carbon footprint.  It's an innovation that could cut deeply into climate change.

Researchers at Stanford University have the project on the road.  They're working on a wireless power system that would be embedded right beneath the road surface.  The wireless system would charge electric cars as they drive along to their destinations.  For more details, https://www.importantinnovations.com/2018/05/hard-wired-roads.html

NASA's Jet Propulsion Lab and Caltech experts have an extraordinary vision.  Launching into space 2500 "magic carpets" that fly tightly side-by-side over a 3.5 sq. mile area .  The carpets are an inch thick, absorb and then beam the sun's energy back to earth.  A means of generating electricity back on earth that's clean and beneficial to reducing climate change.  The plan is to also target the energy to global locations in need.  Caltech, Northrup and NASA experts are developing this "magic carpet ride". 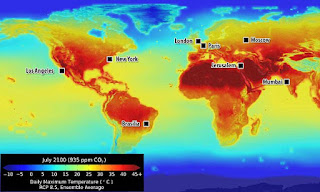 Addressing Climate Change through innovation is one of the world's most pressing needs.  We'll showcase innovation across disciplines to keep you updated on the most promising technologies and results.