By 2030, the robot workforce could replace nearly one-third of US workers.  That's 70 million Americans out of their jobs in thirteen years.  Clearly, automation is disruptive innovation, dramatically changing the American workplace.  And, the US isn't alone.

McKinsey Global Institute forecasts the automation labor revolution.  They predict virtually every American worker will need retraining overtime.  Furthermore the robot workforce will replace some humans at every stage in their careers.  McKinsey forecasts technology could replace 375 million employees worldwide by 2030.  Like the US, Germany and Japan will see at least one third of their workforces disrupted.  Interestingly, the disruption is less for China.  12% of their jobs will go robotic.  The reason is Chinese wages are comparatively less.

More Key Findings by McKinsey for the Robotic Workforce by 2030

Vision of the Robotic Future

You're on a business trip.  Robots park your car and carry your bags at the airport.  You're driven to your hotel by an autonomous taxi.  You're checked into your hotel by robots.  You're served your dinner at your favorite restaurant by restaurant robots.   The future is now and it is clearly with a Robotic Workforce component. 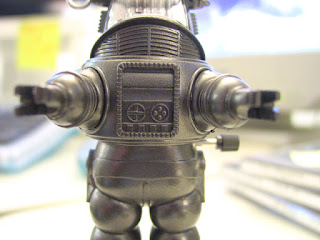