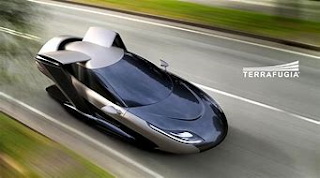 MIT roboticists are advancing development of flying-driving drones.  They believe it facilitates the next generation of flying robotic cars.   The concept is vertical takeoff and landings.  The robot car is your driver.  Cruising speeds up to 200 miles per hour.  And, if it's electric, you help save the planet.  No carbon emissions.  Terrafugia, founded by MIT PhD. Carl Dietrich has a concept flying car, the TFX with vertical takeoffs and landings.  The company created the world's first FAA and NTSB approved flying car The Transition with a team of MIT engineers.

MIT researchers call their flying, driving drones the "flying car".  They've developed 8, quadcopter drones.  They're powered by 4 motors and 2 small motors attached to the wheels at the base.  They can swarm in groups without colliding.  The drones enable the scientists to test various concepts for flying cars.  Flying cars are an exciting travel option in the not too distant future.

Boom is developing a 55 passenger jet.  Tickets are expected to be $5000 roundtrip.  Virgin's Sir Richard Branson is heavily involved. 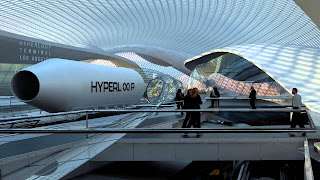 You work in Chicago and your family lives in Cleveland.  The drive time is 5 hours one-way.  What if you could do it in thirty minutes.  That's the promise of the Hyperloop.  It's a train-like mode of transportation.  It travels at 700 to 800 miles per hour. It eliminates the drag of friction by travelling through a vacuum tube.  Trips from New York to Boston in 19 minutes.  What's not to like.  It can't come too soon.