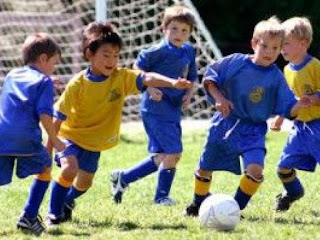 Breakthrough Research
New research from Washington University in St. Louis has documented a big medical benefit  for kids playing team sports.  The scientists have linked participation in team sports to less depression in boys ages 9 to 11.

Brain Changes
The scientists have also documented significant positive brain changes from playing team sports.  In adults, depression is associated with the shrinkage of the hippocampus.  That's a region of the brain important to memory and response to stress.  The new research has shown  participation in team sports  results in "larger hippocampal volumes in children" and significantly less depressions in boys 9 to 11.

Improving Children's Mental Health
The scientists found that non-sports activities like music and art did not have the same effects.  The results were particularly strong in team sports rather than non-team.  More than 4000 children participated in the study, along with their parents.
#brain #depression #health #kids #research #sports #Washington University