Jeep Is Doing Some Serious Off-Roading 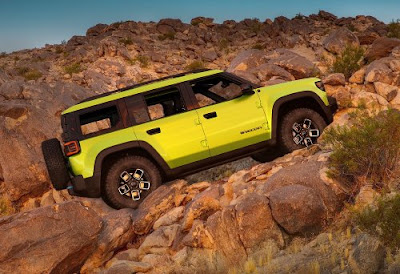 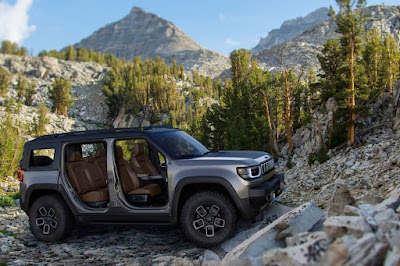 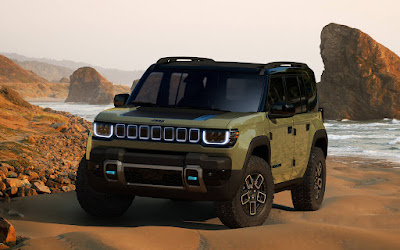 Jeep is on a mission to electrify its entire lineup of SUVs in the next few years.  To that end, it just introduced two new, fully electric SUVs that will hit the market in 2024.  Two more will follow by 2025.  The dynamic duo just introduced include the spiffy and speedy Wagoneer S and an all-electric Wrangler-like vehicle called the Jeep Recon, which has a power sliding glass top that features the most glass of any Jeep production model.  The vehicle also has removable doors.  By 2030, half of all Jeep sales in the US and 100% in Europe will be electric. Previously, Jeep had been focusing on the development of hybrid models.

For the Grand Wagoneer S, Jeep is targeting 400 miles range on a charge, 600 hp and acceleration from 0 to 60 mph in 3.5 seconds.  Jeep hasn't announced performance details for the Recon other than it will offer Wrangler-like offroad capabilities.   Both will be built on parent company Stellantis' STLA Large platform.  Recon will have the long suspension system and large tires of the Wrangler.  The engine is in the rear and the battery pack is flat and under the floor. We know that it will have the latest generation Uconnect infotainment system in the dashboard with detailed track guides for off-road trails.  Jeep isn't providing more performance details or pricing until closer to the market launch date. But both all-electric vehicles look like exciting new additions to the Jeep lineup.