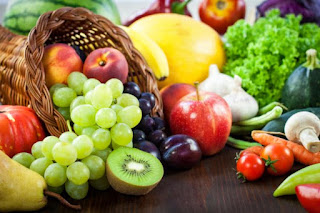 Natural Substance Fisetin
University of Minnesota Medical School researchers have discovered a natural substance that intervenes and halts the aging process.  The substance is called Fisetin and is found in many fruits and vegetables.  It gives you all the more reason to eat lots of them.

Their Research Findings
The scientists treated aging mice with Fisetin.  It has significant positive effects on health and lifespan.  They published their study in EBioMedicine.

Healthspan Expansion
Their results suggest that the natural substance can extend the period of health called healthspan even late into life.  But they do have a lot of questions to address such as proper dosage for individuals.

Science of Aging
As people age, they accumulate damaged cells.  A younger person's immune system clears the cells.  As people age, the cells aren't cleared as effectively.  The accumulation results in deteriorating tissue and aging.  The scientists found Fisetin positively intervened in the process.  They call it a senotherapeutic that extends health and lifespan.