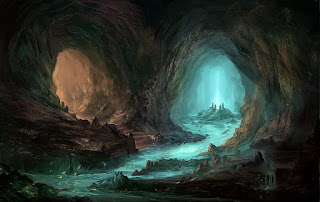 DARPA, the US Defense Department's Advanced Research Projects Agency, gathered leading roboticists in a Kentucky cave recently and issued its most daring challenge yet.  Design robots to navigate some of the most unforgiving environments - a grueling course of tunnels and caves.

DARPA has split the competition into 3 fields.  Tunnel environments with a lot of passageways.  Caves with crags, slopes and tight squeezes.  And, an urban, bunker like environment with lots of stairs.  The winning robot will be the fastest at overcoming all 3 environments.

NASA's Jet Propulsion Lab, Caltech and Carnegie Mellon are among the competitors.  The race starts in August 2019.  The key to winning is developing a robot flexible enough to overcome cave, tunnel and urban environments.  Some uses of this emerging robotic tech:  search and rescue and urban warfare.
#caves #Challenge #DARPA #flexible robots #robots #subterranean #tunnels