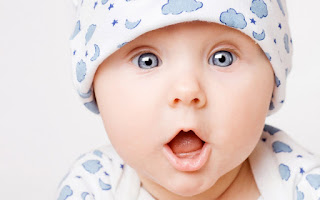 UNC's Breakthrough Neuroscience Research
Medical researchers at University of North Carolina Health Care have made a remarkable series of discoveries. Using MRI's, they've shown that the brain circuits needed for successful emotional regulation in adults emerge in babies one to two years old.  These brain circuits are the foundation of successful emotional development and IQ.

Predictors of Future Behavior and IQ
The growth rates of the emotion circuits in the brain during the child's second year "predict", according to the scientists, anxiety and emotional regulation at the age of four.  It also predicts the child's IQ at the age of 4.  Abnormal processing in the circuits is associated with depression, anxiety and schizophrenia in adults.

From the MRI's of Babies
The importance of these discoveries is the ability to foresee the individual's emotional control later in life but also their cognitive capabilities.  It suggests to medical researchers new ways for early detection and intervention for children at risk for emotional problems and psychiatric disorders to reduce the risks and improve long-term behavioral outcomes.  The results of this very substantive research involving 223 infants were just published in Biological Psychiatry.