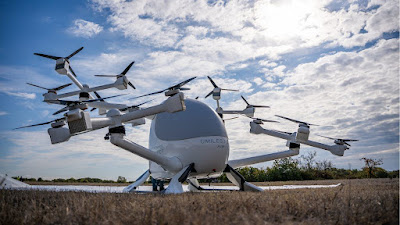 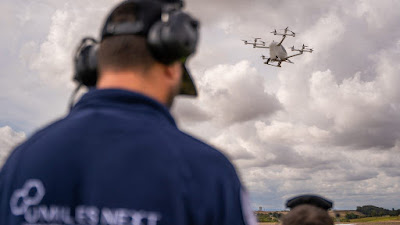 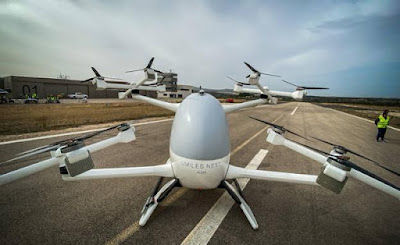 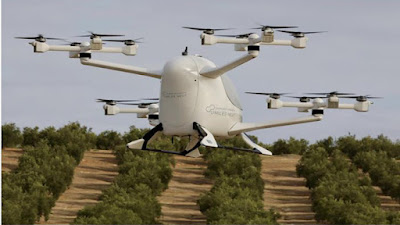 Spain-based UMiles Next, which specializes in unmanned aircraft systems, has just completed a series of test flights on its autonomous, Integrity eVTOL air taxi concept.  eVTOLs (electric vertical takeoff and landing vehicles), can take off and land like a helicopter and don't usually require a runway, which makes them very convenient. The test flights on Integrity included the air taxi's autonomous systems for take-off, landings and collision-avoidance.  Importantly, the flight tests included Integrity flying with a number of other unmanned aircraft.  The tests were successful.  The purpose was to demonstrate that autonomous aircraft are safe, reliable and can be seamlessly integrated into urban air spaces in the very near future.

At this time, Integrity can carry two people, reach speeds up to 75 mph and fly for 15 minutes, making it fit for short city flights. It is all electric and is powered by 16 rotors attached to four arms on the aircraft. The flight tests for UMiles' eVTOL air taxi are very significant because they are being done under the auspices of a consortium led by Honeywell International.  Their purpose is to integrate manned and unmanned flight vehicles into cities throughout Europe in the very near future.  Besides Honeywell and UMiles, eVTOL maker Vertical Aerospace and air navigation company ENAIRE are also participating. They believe that air taxis in the near future will be smarter, sustainable and help to relieve ground transportation in cities to a very significant degree.  They expect air taxis to be an important part of the urban transportation mix by 2028.