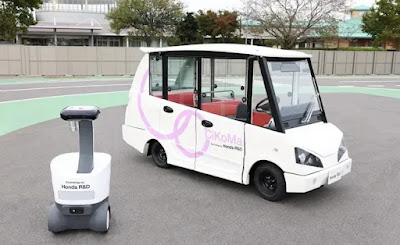 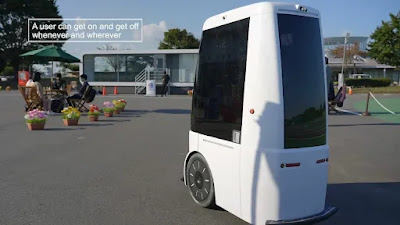 Honda is developing a series of test vehicles that will be able to communicate and cooperate like humans.  They are micro-mobility vehicles that include a 4-seat electric mini-car. The car self-drives and can have conversations with the user. There is also a very mobile robot that can help carry people's bags.  These vehicles are the highly innovative creations of Honda CI (Cooperative Intelligence) and Honda AI.  Honda says that the goal and purpose of these new travel concepts is to help people who don't own a car, to move around cities.  The Japanese automaker believes that the need for micro-mobility vehicles is a big, growing trend that it wants to capitalize on.  It plans to offer some of these new technologies first to Japan in 2030. The vehicles go into testing in early 2023.

Honda says these new vehicles are enabled by "cooperative intelligence".  This human approach combines AI, cameras, voice recognition and standard vehicle controls to result in human-like conversations and cooperation between the vehicle and the person.  An example of this is the vehicle's ability to generate a 3D map of its surroundings in real time to quickly spot the best, possible ways to travel to the person's destination. The vehicle does not rely on numerous sensors and reams of HD map data but uses its cameras and AI to recognize it surroundings to create a 3D map.  It also recognizes vehicles and pedestrians. It can self-drive to the destination or if the passenger prefers, they can use a joystick to direct the car's movements.

Honda has unveiled two new pieces of cooperative intelligence technology.  There is a 4-seat electric vehicle called CiKoMa for city travel.  Users would be able to hail it using words and gestures.  And there is a very handy robot called The WaPOCHI.  It's an electric robot that follows the person around like a pet, using cameras and AI. It is designed to help people walk more freely by carrying their bags and other items.  Honda says their cooperative intelligence micro-mobility test vehicles answer a growing mobility need in society for people who don't want to drive like the elderly and for Gen X'ers, who don't own cars.  For more news stories like this, Future Travel Vehicles