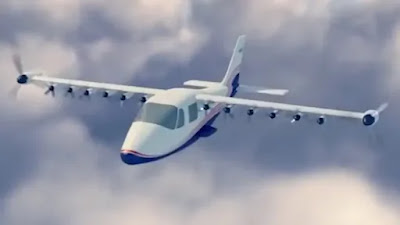 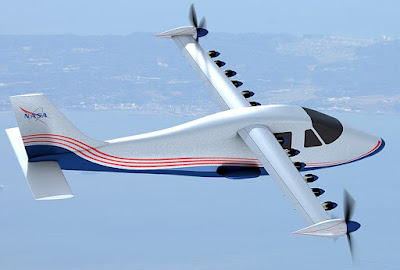 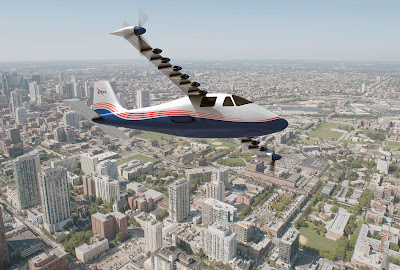 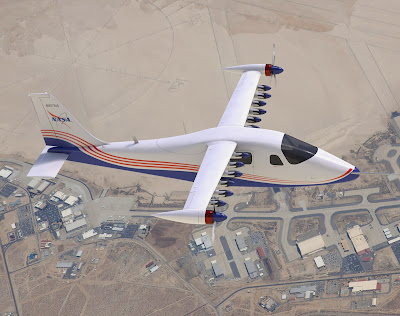 NASA is placing a big bet on the future of flying that will be electric. Specifically, planes powered by battery powered electric engines that emit zero carbon emissions and provide greener and much quieter flights.  NASA's first electric plane, the X-57 Maxwell, is very close to flying.  NASA says it will begin test flights very soon. The vehicle has an electric propulsion system that makes flying cleaner, quieter and more sustainable.  The X-57 is a key component of NASA's X-planes series, which also includes a super-quiet, supersonic electric passenger jet, the X-59 QueSST, which is next in line for test flights after X-57 Maxwell. These two planes are targeted for commercial passenger service.

The X-57 is an Italian Tecnam P2006T that was converted to an electric plane by replacing its petroleum-based fuel Rotax engines with electric motors made by California's Joby Aviation, best known for its eVTOL flying taxis.  X-57 has successfully completed ground tests.  The upcoming test flights will be crewed by two pilots flying out of California. Joining them in the cabin will be two, 400-pound battery packs to provide the electric engines with the energy they need to fly. The electric aircraft is a technological work of art.

The X-57 has a configuration of 14 electric motors and propellers.  There are 12 high lift motors along the leading edge of the wings and two large wing top cruise motors.  The combination of the 14 engines gives the electric plane lift for take-off and getting airborne.  Once in cruise mode, the two wing top cruise motors take over to maintain the flight and the 12 smaller engines along the wings deactivate.  To land, the 12 smaller engines reactivate and work with the 2 cruise motors to attain proper lift for approach and landing.

NASA says their X-57 e-plane is designed to have a 500% increase in high-speed cruise efficiency, zero inflight carbon emissions and very quiet flights over the communities it soars above.  The flight tests are designed to collect data to better understand how the electric plane operates during flight and to gauge its performance. NASA also hopes that the test flights will help to develop certification standards for emerging electric plane developers to accelerate the regulatory approvals for use of electric planes to decarbonize our skies.