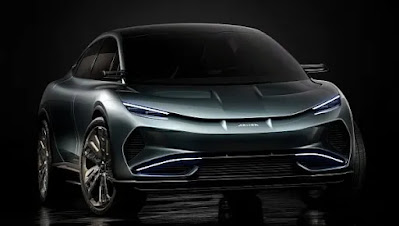 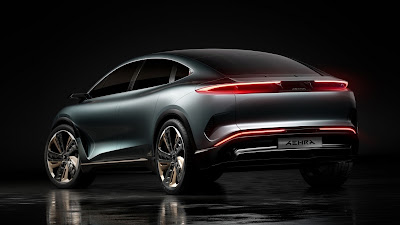 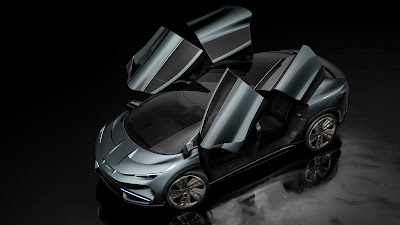 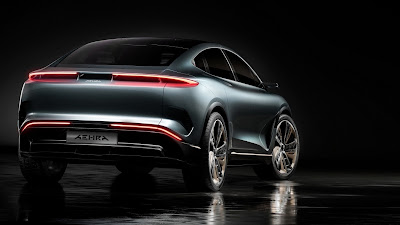 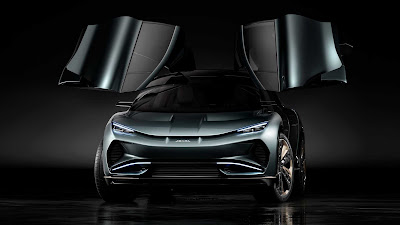 Milan-based EV startup AEHRA is developing an all-electric, highly aerodynamic SUV that promises a range on a charge of 500 miles.  It also packs 815 hp of power. The SUV in design seems to blur the line between a supercar and an SUV with its flowing aerodynamic contours and cabin forward silhouette.  It will be formally unveiled in early 2023 and delivered to buyers in 2025. Although it is one of the boldest and most fascinating new concepts recently announced, it doesn't have a name yet.  It is the brash creation of AEHRA, a startup headquartered in Milan, Italy that was founded in Delaware in 2020 by the entrepreneur Hazim Nada, who was born in the US and raised in Italy. Nada also founded Aero Gravity, which is Europe's largest vertical wind tunnel and Lord Energy.  AEHRA is a new company grounded in innovation.

If you're curious, AEHRA combines the Latin word for era with the Italian word for aerodynamics. The new SUV concept is aerodynamically designed.  Company officials says the AEHRA SUV will have "ultra-advanced EV technology". It's a stunning car designed by famed designer Filippi Perini who has created cars for Alfa Romeo, Audi and Lamborghini. The car is built with "ultra-advanced, exceptionally light and highly sustainable" materials.  It weighs only 4,400 pounds, which is light for such a big car.  Everything about the car is aerodynamic and keyed to the air.  It has a drag coefficient of 0.21 which is said to be remarkable for a SUV.

The standout feature of the vehicle are the "elytra wing" doors inspired by the shell-like forewings of flying beetles. The EV will have two or three electric motors with a total output up to 815 hp. The battery pack is powerful at 120 kWh.  And the range is the biggest in today's market at 500 miles. The company say the vehicle will be big enough to carry 4 NBA basketball players and the rear seats will recline like a 1st class airplane seat. The company also promises new, patented infotainment systems.  AEHRA is also developing an electric sedan.  Prices are estimated at $160,000 to $180,000.