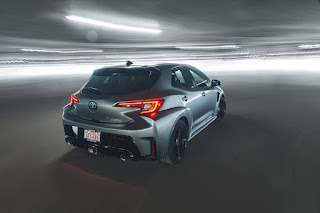 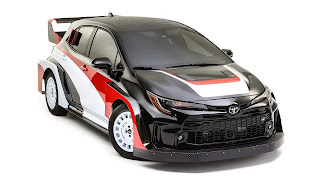 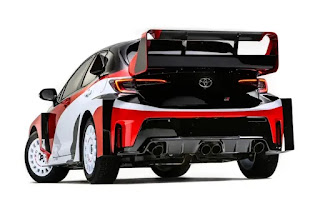 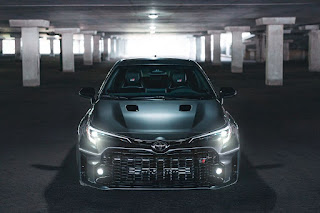 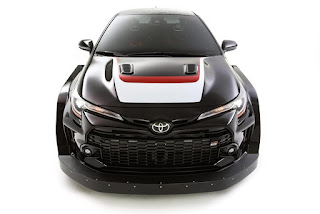 Toyota has introduced two, new powerful Corollas: the street ready GR Corolla Circuit and the track ready GR Corolla Rally.  Both are getting rave reviews for their looks, speed and power.  The new GR Circuit, which is going into production for consumer sales, is being called by automotive experts an "absolute beauty".  It's not your ordinary Corolla.  It has significant power and speed.  The race car concept, HR Rally, is based on the Circuit but has gotten a beefy makeover by Toyota's race car team, for the racetrack.  Toyota executives say the Rally demonstrates the Circuit's potential for further customization. Both vehicles are enjoying a great deal of interest in the automotive world.

The Circuit is powered by a 1.6-liter, turbocharged 3-cylinder engine that is also used in the spunky Toyota GR Yaris.  It pumps out 300 hp and can reach road speeds of 143 mph.  It has all-wheel drive and produces 273 pd-ft of torque.  It accelerates from 5mph to 60 mph in 6.4 seconds.  The basic model of the vehicle is priced to start at $36,995.

The Rally was created for and just unveiled at the 2022 SEMA Show in Las Vegas.  Based on the Circuit, it is souped up for racing.  The Rally concept is wide-bodied with fender flares created out of steel. The flares have racing vents to generate maximum downforce when traveling at high speeds.  The vehicle is six-inches wider than the GR Corolla.  It has a huge, double tier rear wing to maximize the racer's aerodynamics. Stock GR Corolla brakes are partnered with Wilwood turning brakes at the rear of the Rally to help with corner turns.  The wheels are huge Continental VikingContact7 tires for solid grip, particularly on wet surfaces. The engine is a 1.6-liter, turbocharged 3-cylinder turbo engine which generates 300 hp and 273 lb-ft of torque. It has 6-speed, manual transmission. To keep the car fast and lightweight, much of the body is made from carbon fiber material. No date on when it might go into production.

These two new Corolla vehicles point to a new, more powerful vehicle future for Toyota.  They demonstrate to global consumers the powerful potential that a "regular" car like a Corolla can deliver.