GMC Cycles With an E-Bike 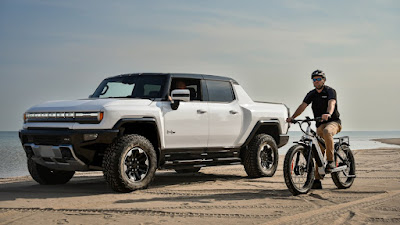 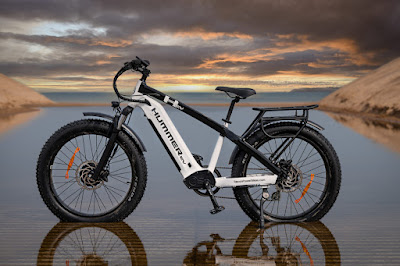 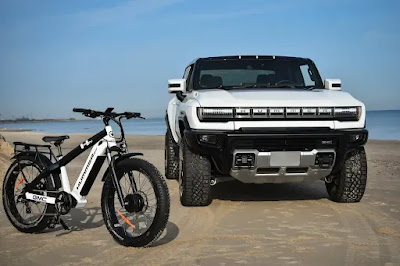 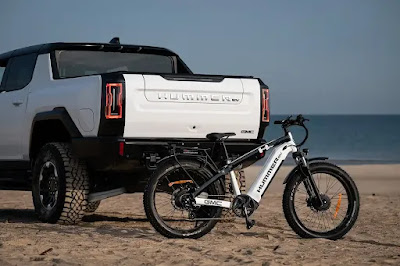 GMC is offering a new electric vehicle.  This one has only two wheels.  It's an all-electric bike. And it takes its rugged motif from the new, electric Hummer supertruck.  The HummerBike is a very powerful e-bike. With two hub motors it can hit speeds of 28 mph.

GMC partnered with e-bike maker Recon to create the HummerBike.  Just like the Hummer supertruck, it has all-wheel drive.  There are many other crossover elements.  The HummerBike's tires are huge, all-terrain and puncture resistant.  It has 2-tone coloring.  The e-bike is extremely rugged, primed for off-roading and designed to be mounted on the Hummer supertruck's tailgate. The 2 EVs are perfect companions.  The official name for the e-bike is the Recon x GMC EV AWD Bike.

The HummerBike is being called a powerful "beast".  Each wheel has a 48-volt, 750-watt Balfang motor that punches out 1200 watts. The HummerBike is extremely fast for an e-bike as it can hit speeds of 28 mph. By comparison, the supertruck can hit 106 mph.  The e-bike offers three speeds: Cruise that sends power to the rear; Traction that sends power to the front and Adrenaline that sends power to both wheels.  The bike costs $3,999 with a 17 Ah battery and $4,175 with a 21-Ah battery.  No details have been offered by GMC on range.  But experts peg it at 30 to 50 miles on a charge.  For more news stories like this, Latest Innovations For Tomorrow