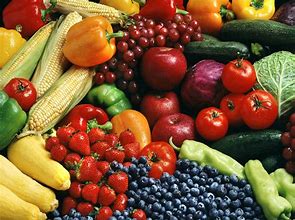 The world is on a collision course pitting a growing population against dwindling food supplies.  It's an untenable equation.  By 2050, there will be 10 billion people on earth.  To feed them, 70% more food will need to be produced from the same land currently farmed.  The need for autonomous, high precision, high yield robot hands on the farm has never been more urgent.

British Robots on the Farm - Earth Rovers & No Hands Hectare Farm
There are two fascinating robotic farm programs underway in the United Kingdom.  One is a startup company called Earth Rover. The company's developing autonomous farming robots based on the same technology as in the ExoMars Rover.  The other program is the world's first, successful all robotic farm....the creation of roboticists and researchers at Harper Adams University in Shropshire, UK.

Farming, Space Tech and Robots Coming Together
ExoMars is a solar powered, robotic rover that will be launched to Mars in 2020, as part of the European and Russian Space Agencies' Mars exploration program. Earth Rover is creating service robots based on the ExoMars robotic and AI tech for precision farming. Their autonomous farming robots carry precision tools and integrate with an intelligent data platform. Hence, precision farming.  Right now, it's targeting Europe's labor intensive $2 B organic vegetable production market and has field trials underway at one of the UK's largest organic farms this summer.  Earth Rover claims to deliver savings of $2,000 per hectare or 2 and 1/2 acres. It's working in partnership with Harper Adams University and RAL Space Autonomous Systems.

Hands Free Hectare Farm - Only Robot Farmers Allowed
Hands Free Hectare is the world's first all robot farm to successfully plant, tend and harvest a crop without a human setting foot in the field.  From sowing seeds last season and picking the grain, robotic machines did everything operated from a control room.  Flying drones snipped samples of growing crops for scientists to test.  The robots harvested 4.5 tons of barley. It's the creation of roboticists at Harper Adams University, a research leader in the field. This is the beginning of a trend of autonomous farming, targeting better yields, better quality and cheaper prices... feeding the world through advanced robotics and AI.
#crop yields #farm drones #farming robots #food supplies #robot farms