- June 03, 2018
It's called Cloaking Technology and essentially promises "Now you see me, now you don't."  It reads like science fiction and the worlds of Harry Potter and Star Wars.  But, researchers at Ben-Gurion University of the Negev have successfully manipulated light to make an object - a cloaking optical chip - totally invisible.  They seem to have cracked the code and created light beams of invisibility. 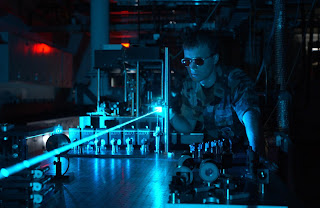 The Israeli approach is brand new.  It bends and scatters light away from the cloaking tech chip's surface, making it invisible.  The next step for the Israeli researchers is to develop a prototype. And the potential for this "hide and seek", invisibility tech is huge. According to experts, it ranges from highly advanced radar avoidance to camouflage and scattering of electromagnetic waves.

An Eye-Opener in Vienna

Cloaking tech research is underway globally. Researchers at the University of Vienna have taken a different approach than the Israeli team.  They shine a beam of light, such as a laser, into an object from above and pump it full of energy.  The energy alters the material's properties, making it transparent to other light wavelengths coming at it from the side.  Again, it appears the Viennese have cracked the code.