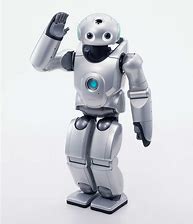 The US Defense Department's Advanced Research Projects Agency DARPA is teaching robots manners.  They've created a machine algorithm that allows robots to intuit how to behave like polite human beings in specific circumstances.  For example, the robots say thank you when someone opens a door for them.  And, they intuit to turn off a cellphone disturbing the peace in a library.  DARPA has long been at the forefront of robotic innovation.  This extraordinary research program is instilling civility, social norms and manners in robots to promote better human-robot interactions.  In some cases, their behavior may be a lot better than that of some human beings.

"Please and Thank You" with Important Purpose

DARPA envisions a future in which robots play increasingly important and integral roles with humans.  Researchers believe that in order to capitalize on a robotic future of driverless cars, restaurant robots and robotic assistants, robots need to adhere to the same ethical and social norms that humans do.  DARPA researchers have studied how humans learn and abide by societal norms.  Their machine learning algorithm enables robots to learn manners by drawing on human data.

DARPA scientists are focused on developing an Artificial Intelligence system that enables robots to behave and react correctly in specific situations.  Such as remaining quiet at church, synagogue or school.  Thus far, DARPA has developed a framework for this highly advanced form of machine learning.  Going forward, robots will have to be programmed to learn and apply the many norms that humans expect others to obey.