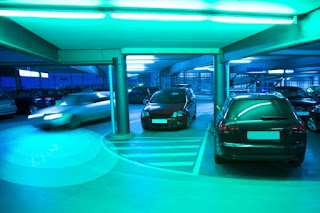 Early Warning System to Prevent Accidents
MIT engineers and computer scientists have invented an advanced early warning system to make autonomous cars safer and prevent collisions.  The device is called ShadowCam and can read tiny changes in shadows on the ground to detect an oncoming car or pedestrian that isn't yet visible. This is an advanced early warning system that's been successfully tested on autonomous vehicles in enclosed parking garages.  It's capable of alerting an autonomous vehicle to slowdown or stop for oncoming vehicles and walking pedestrians in blind-spots.  For a great news blog on this, go to
Important Innovations Collection: Making Autonomous Cars Safer: ShadowCam - New MIT Technology Source:  MIT Cars That See Around Corners MIT engineers and computer scientists have invented a new d...
#autonomous #cars #collision #MIT #safer #visibility #warning